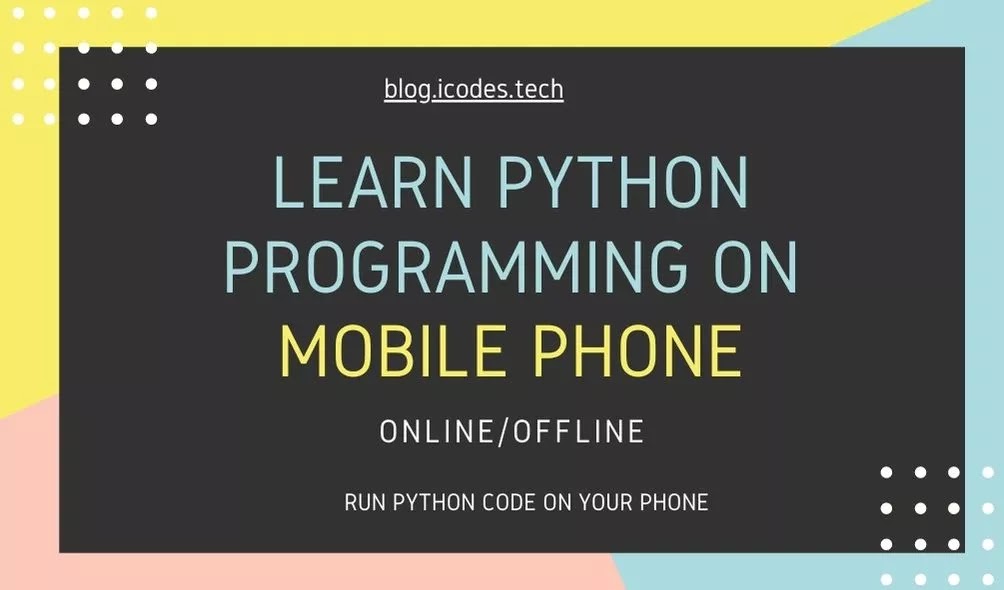 A lot of people want to learn python programming until they found all courses online made with laptops and desktops. so, they get disappointed and lose interest in learning. Today, I decided to help you with this problem and show you how you can  run python on mobile phone.

We start with android mobiles .

This app is very helpful and useful with a good interface and easy to use . It provides you also by all the tools you need. 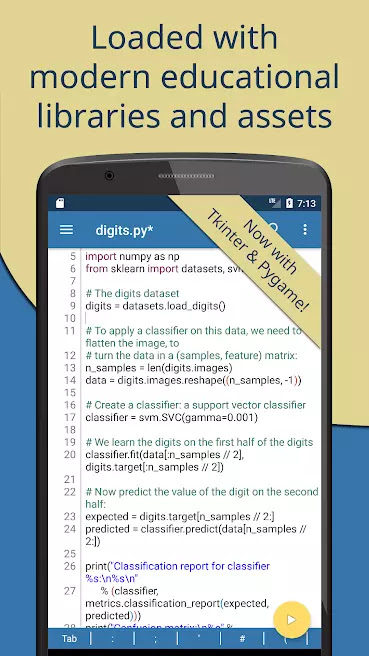 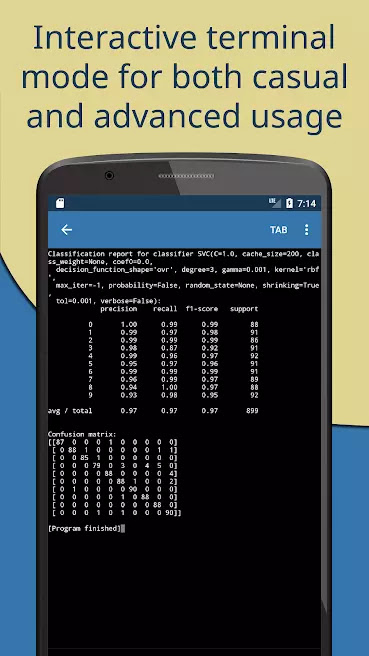 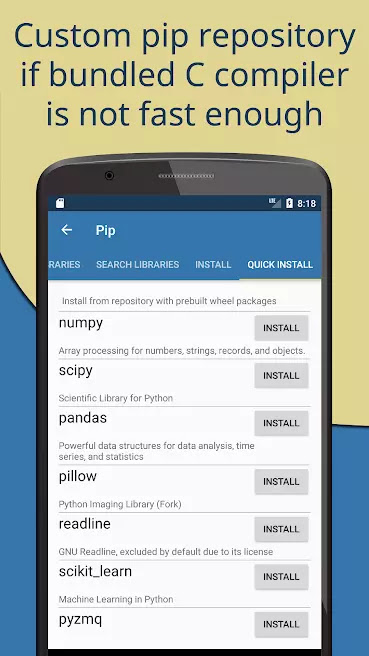 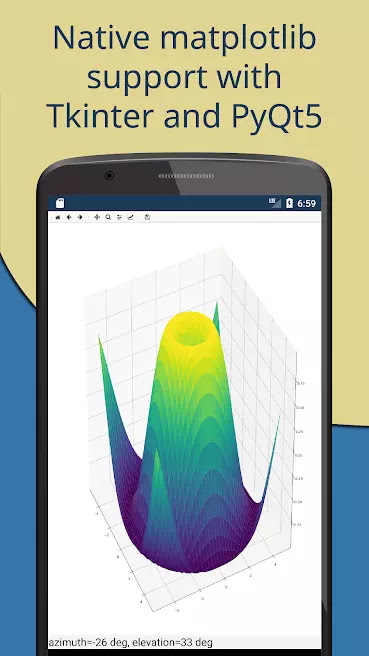 QPython is the Python engine for android.it already has millions of users worldwide and it is also an open source project.

it contains some amazing features such as 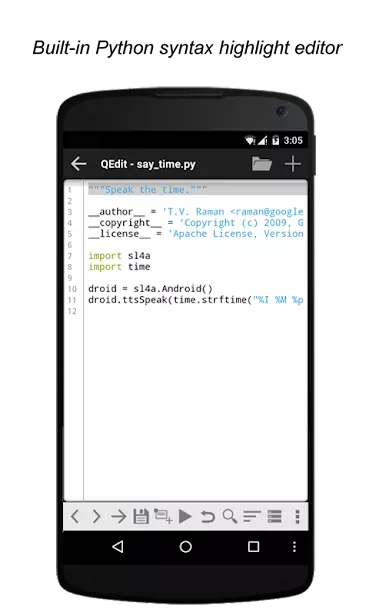 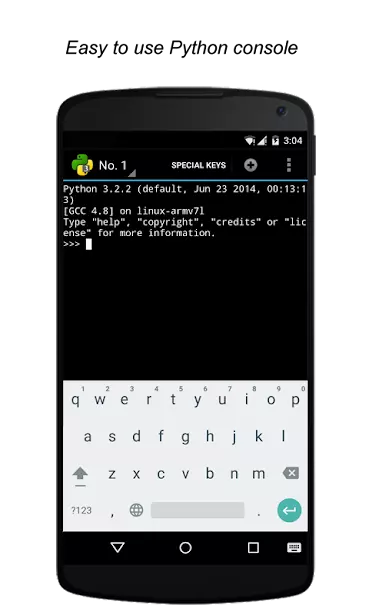 Termux is an Android terminal emulator and Linux environment app that works directly with no rooting or setup required. A minimal base system is installed automatically - additional packages are available using the APT package manager.

Simply termux makes your phone like a pc . so you can install python on your phone and run scripts.

I personally use it to serve website on my android phone. or to run scripts.

We will use termux only to run python files on phone. And Acode app to write the code. 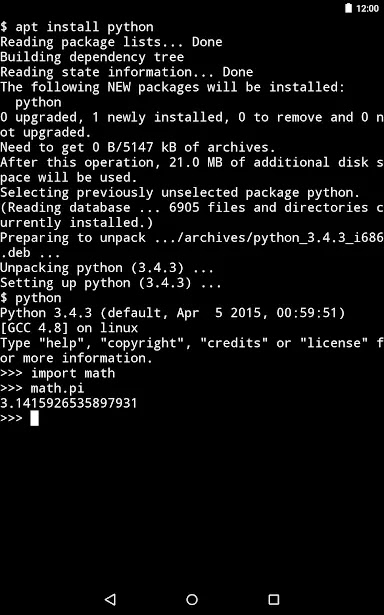 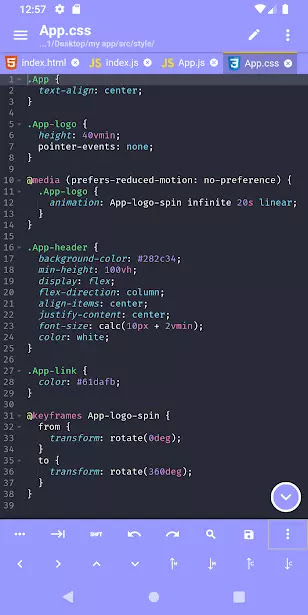 After installing termux and Acode. open Acode create new file and name it code.py then save it. After that go to parameters and give termux access to storage then open termux then run

Dcoder is a mobile coding IDE and platform (Compiler for mobile), where you can run your projects, code and learn algorithms by programming on mobile. Build and deploy your projects straight from the mobile and integrate with Git (Gtihub, bitbucker) and sync with vs code, use of code compilations to make coding easy. Now code anytime, anywhere and on the go.

The main features include: 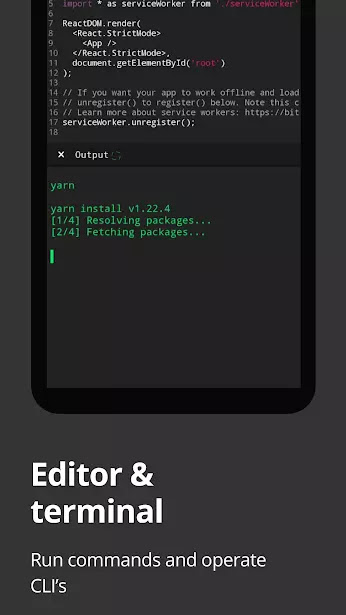 I talked about Dcoder on android section

Pyto is a Python 3.8 IDE for iPhone and iPad. Run code directly on your device and offline. You can run scripts from Shortcuts and code your own home screen widgets. 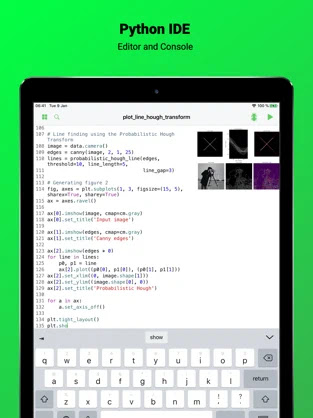 Personally i use online python IDE's a lot because it has fast internet access and you can store your code online.Here's a list of my favorites python websites ide

So you can use replit on your mobile phone you just have to go to replit website . then create an account. and start coding. Colaboratory, or "Colab" for short, allows you to write and execute Python in your browser, with

All you have to do is go to google colab and sign in.Then crate new project and start coding 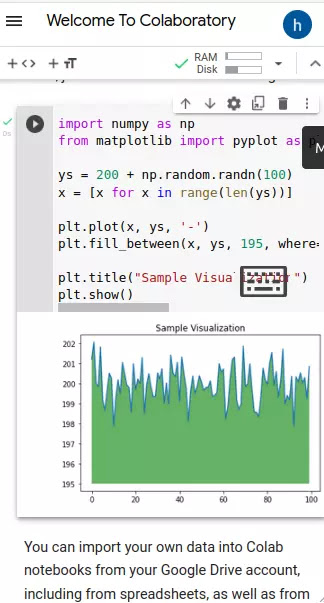 It's one of the quick, robust, powerful online compilers for python language.

Don't worry about setting up python environment in your local. Now Run the python code in your favorite browser instantly.

Getting started with this Python editor is easy and fast. Just write the program and click the RUN button!! Code can be saved online by using the SHARE option that enables you to access your code anywhere using internet. 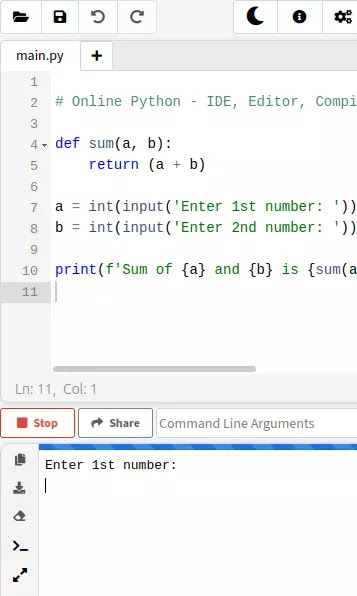 If you want to do something just stick on it and don't let anything stops you.

happy coding on your phones. 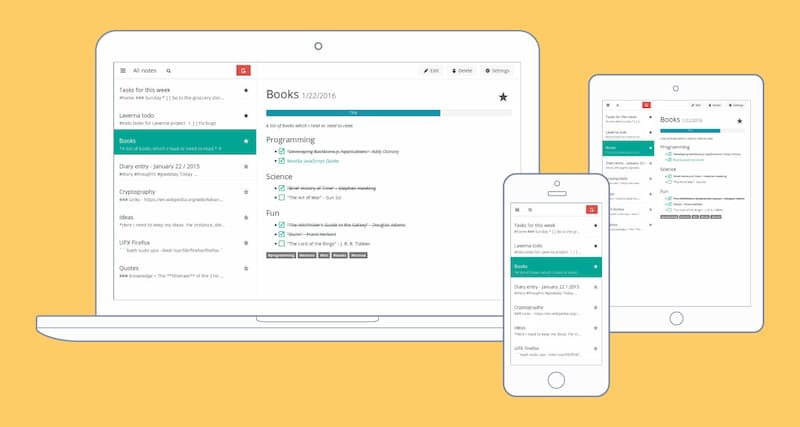 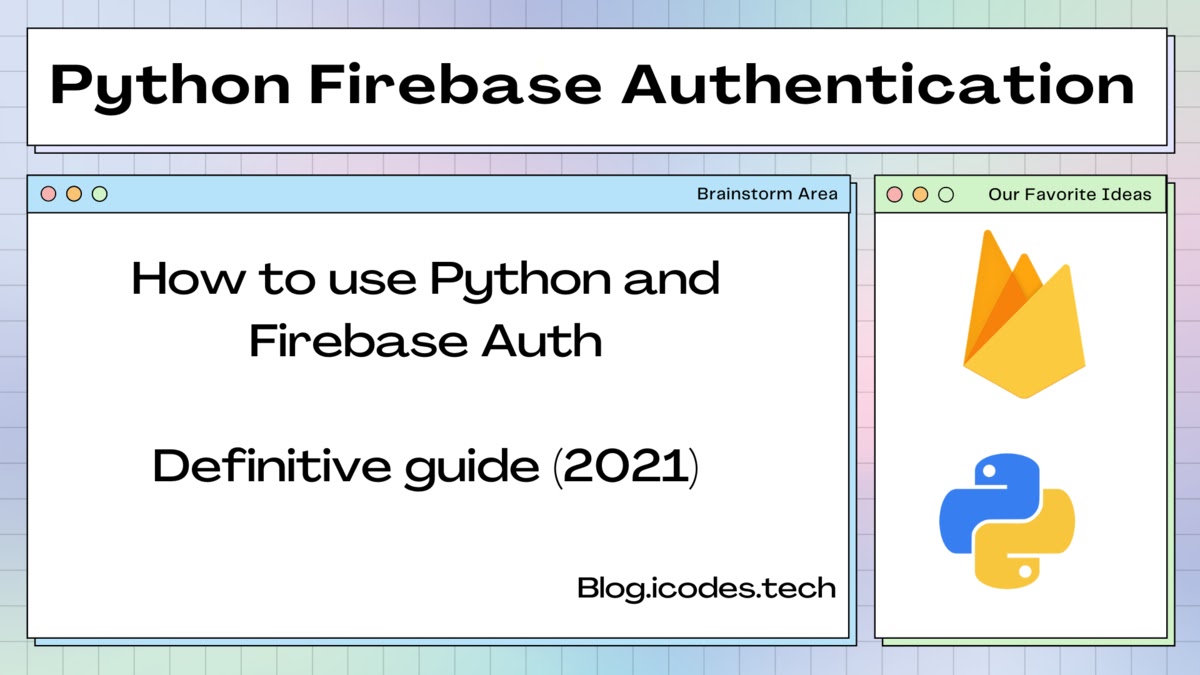